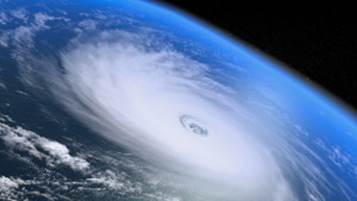 On Friday, October 2, the U.S. Coast Guard began a search of the Atlantic Ocean near the Bahamas for a 735-foot cargo ship, El Faro, which went missing after coming into the path of Hurricane Joaquin. The El Faro was en route to San Juan, Puerto Rico from Jacksonville, FL, when the vessel owner lost all communication with the ship. On board were 33 crew members, including 28 Americans and 5 Polish nationals.

Multiple search parties have been sent out by the Coast Guard, including two Air Force C-130 Hurricane Hunters; however, the Coast Guard has yet to find any survivors. On Sunday, the Coast Guard spotted two large debris fields about 60 miles apart littered with items identified as coming from the vessel.

The ship’s cargo included 391 containers, resulting in a lot of topside height susceptible to the winds and waves produced by Hurricane Joaquin.

This is the third cargo ship to sink in 2015. On January 2, 2015, the Bulk Jupiter sank approximately 150 nautical miles off the coast of Vietnam; only one of the 19 crew members survived. The 10-year old, 623 foot long bulk-carrier was transporting 46,400 metric tons of bauxite from Malaysia to China and cargo liquefaction is believed to be the cause. Similarly, on or about January 2, 2015, the 272 foot cargo ship, Cemfjord capsized amid severe weather conditions in the Pentland Firth, north of Scotland. On January 3rd, the upturned hull of the vessel was spotted by a passing ferry and by January 4th the ship had sunk entirely. The search for the 8 crew members of the Cemfjord was unsuccessful.

The attorneys and staff at the Michles & Booth, PA extend our thoughts and prayers to the crew members and their families, and are available to consult with and answer inquiries from those who may have questions.