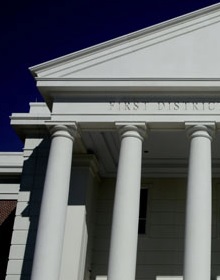 On March 15, 2013, Judge Terry Lewis, a circuit court judge in Tallahassee, issued an order granting a temporary injunction against the states new PIP law. This is a major decision that affects every Florida driver. We have discussed the changes to Florida’s no-fault (PIP) system in 2013, but to summarize, the law limited a victim’s coverage if they did not seek treatment within 14 days, and did not provide payment for certain types of treatment even if a doctor found them to be medically necessary.

A lawsuit was filed by Dr. Myers, a chiropractor, which alleged that Dr. Myers, along with other chiropractors across Florida, were suffering an “injury” as a result of the new law. Under the law, an injury does not have to be physical book in the financial. In the case of Dr. Myers and the other plaintiffs, their injury is that the new PIP law allows insurance companies to not pay for treatment the chiropractors provide to victims of an accident, which prior to the 2013 changes, the insurance companies would pay for.

The plaintiffs moved from what is called an injunction. In injunction is issued by a court to prevent a law or a person from doing or taking some action. In this case, the plaintiffs were asking the judge to temporarily prevent the new PIP law from being applied to people who were injured on or after March 15, 2013. The plaintiffs argued that the new law violated their constitutional rights. In Florida, our Constitution guarantees that “[t]he court shall be open to every person from address of an injury, and justice shall be administered without sale, denial or delay.” This is come to be known as an equal access to courts; each citizen of the state of Florida has an equal right to bring a case in court. The only limitation to this is if there is a “reasonable alternative” available.

In his ruling, Judge Lewis granted the plaintiffs injunction because he felt the new PIP law was not a reasonable alternative to our citizen’s constitutional rights. Specifically, Judge Lewis entered an injunction against the new requirement that a victim must prove to their own insurance company that they had suffered an emergency medical condition before PIP benefits above $2,500 are made available to them. Furthermore, Judge Lewis issued an injunction against insurance companies denying payments for medically reasonable and medically necessary services provided by acupuncturists, chiropractors and massage therapist.

This is a major ruling for victims of car accidents across the state of Florida. Thanks to Judge Lewis, if you were a loved one are involved in an accident, your insurance company can no longer deny your benefits or not pay your bills. Unfortunately, this injunction is only temporary, but it is the first step in restoring victim’s rights. We will keep you updated as this case progresses. You can read Justice Lewis’s full opinion here.

If you or a loved one have been injured as the result of another driver’s negligence, the lawyers at Michles & Booth can help you understand your rights, and explain to you how the new changes to Florida law’s will effect who pays your medical bills. Contact us today for a free consultation.