Many workers are faced with injuries that prevent them from returning to work for weeks. When that happens, they should receive workers’ comp while pursuing medical treatment for their injuries. But there will come a time when the weekly benefit checks stop. What happens next is one of the most contested parts of the Workers’ Compensation program.

Why did my weekly checks stop? 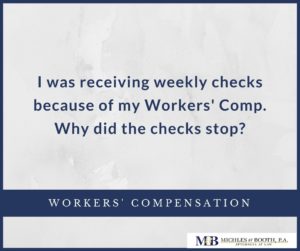 What that means is that your weekly checks are going to stop. Once you have reached maximum medical improvement, the insurance company is going to say that your right to temporary indemnity benefits, whether it be the temporary total disability or temporary partial disability, is gone. You don’t get those anymore.

What is the workers comp disability rating scale?

Once you’re placed at maximum medical improvement, the physician that places you there will have to assign you a permanent impairment rating. That’s a percentage number. A lot of the time, doctors who are accustomed to the system will just rattle it off, saying “You’re at MMI and you have a three percent.” You’ll say, “What’s MMI? What do you mean three percent?” 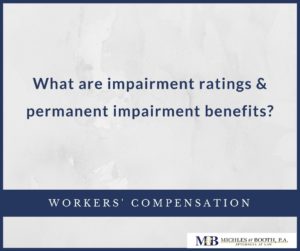 What are permanent impairment benefits?

That percentage then translates into a permanent impairment benefit. The carrier has to pay them to you 14 days after they find out that you’ve been placed at MMI. They are paid at 75% of your temporary total disability rate.

This is one of the things that is most unfair about worker’s compensation. They do not have to pay you what is known as ‘Wage loss’. The permanent impairment benefit is meant to cover both your pain and suffering essentially and also your wage loss – your loss of ability to do the job you used to do.

If you used to be able to do a job making $30 an hour, and now you can only make $9 an hour, your permanent impairment benefit is meant to make up for that. They don’t owe you lost wages forever because you can still earn $9 an hour. This brings us to our next topic, which is:

Do they have to pay me lost wages forever if I can’t do the exact job I used to do? 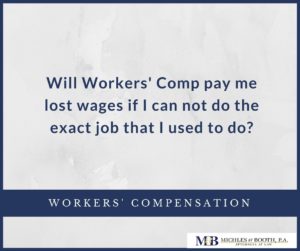 The answer to that is ‘No’. All social security, all worker’s compensation has to pay you is your permanent impairment rating and your impairment benefit. If you can’t do the exact job you used to do, they pay you an impairment benefit. What they care about is can you do any job, which is at least sedentary work, within a 50-mile radius of your house.

You say, ‘Yeah, but I used to be able to earn $30 an hour. Now I have to work a job that pays no more than $9 an hour. You’ve cost me $21 an hour for the rest of my life.’ Work comp will say, ‘It’s not our problem. The statute is written so that as long as you can still do that job, even if it’s only part-time, we haven’t disabled you. We don’t have to pay you lost wages forever. All we have to pay you is that impairment benefit.’

This is arguably the most unfair part of workers’ compensation law in the state of Florida; they can completely gut your ability to earn a living and not be responsible for more than a few hundred dollars after you’re placed at maximum medical improvement, all because they can say you can go back to working the cash register at a gas station at $9 an hour when you used to make $30 or $40 an hour.

Unfortunately, that’s the way the legislature has written the law. They do not have to pay you lost wages forever if you can’t go back to doing what you used to do.

If you have any questions about that, we are here to help you. We have options. There are things we can do to try to fix that and try to get something out of the carrier for it. Call us today. We have no obligation-free consultations. 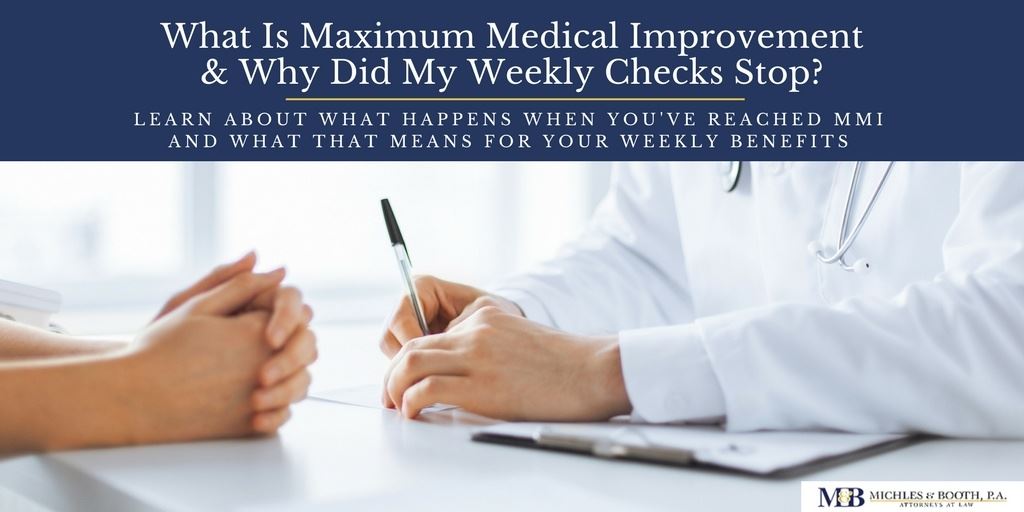